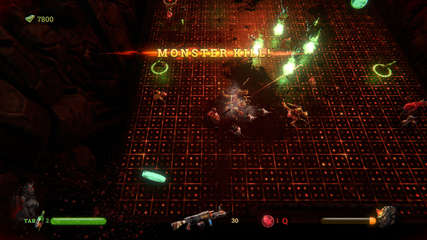 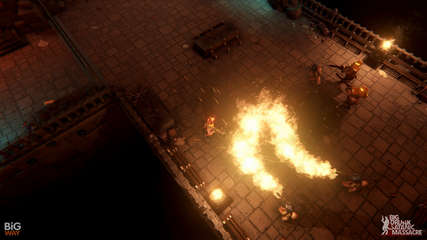 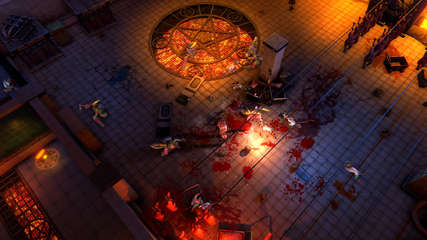 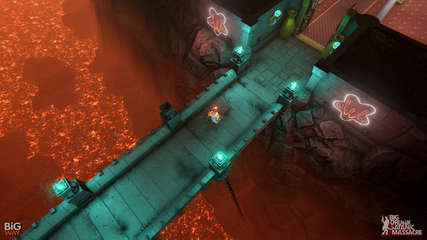 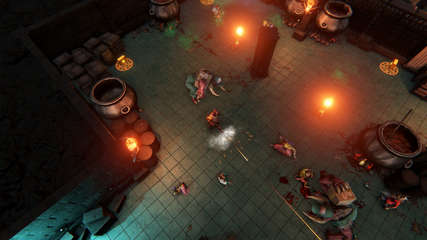 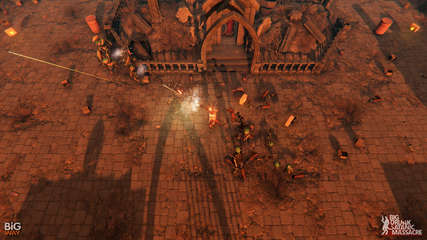 Big Drunk Satanic Massacre is basically a shooter with strong RPG elements - not that rocket propelled gun, though. The game itself takes place in Hell where the main hero, Lou, is to find booze and rescue the hottest Mistress from the clutches of a fat clown. The game consists of four levels / chapters representing different areas of Hell, such as the hellish Big Wack fast food cafe, Skeleton Slums and the Red Light District. The idea behind those levels is to kill specific bosses. Each boss represents a unique multistage fight and it is pretty challenging.