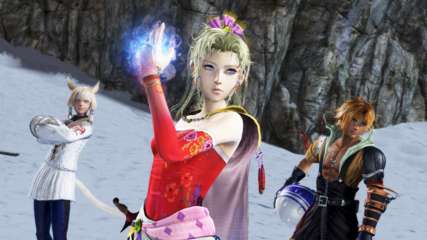 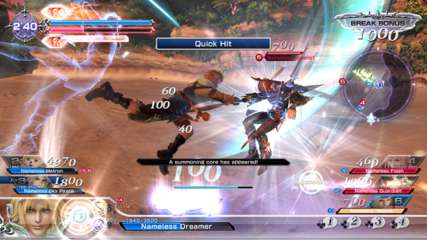 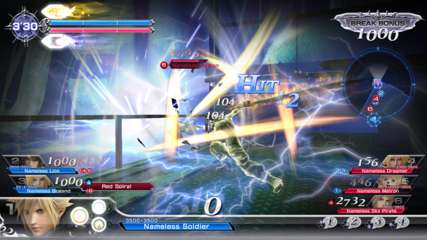 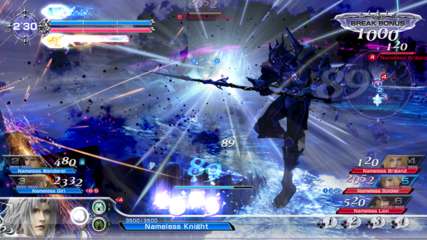 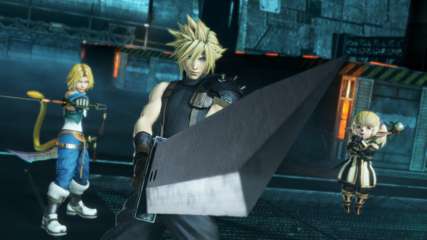 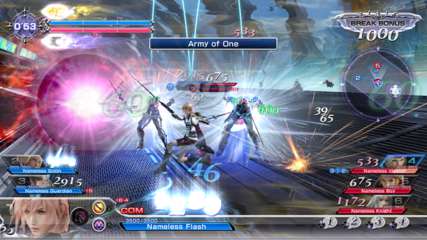 With the struggle between order and chaos quelled by saviours from beyond, the realm was destined to fade from existence. Instead, an arcane power has breathed new life into it—bestowing these decaying remains with purpose once more. The fight has begun anew, and the world is your arena.

Over twenty-four of FINAL FANTASY's most recognisable faces have assembled to take part in interdimensional fisticuffs. Face off against other teams in action-packed, three-on-three melees that require sense as well as strength to win. Each combatant can be one of four types: vanguard, assassin, marksman, or specialist; play off your allies' fighting styles, master the bravery system, and emerge triumphant from the clash of steel and sorcery!

In addition to standard battles, there will be skirmishes that employ special rulesets, along with cutscenes that tell the story of this reborn world, the gods that rule it, and the warriors who fight for it.